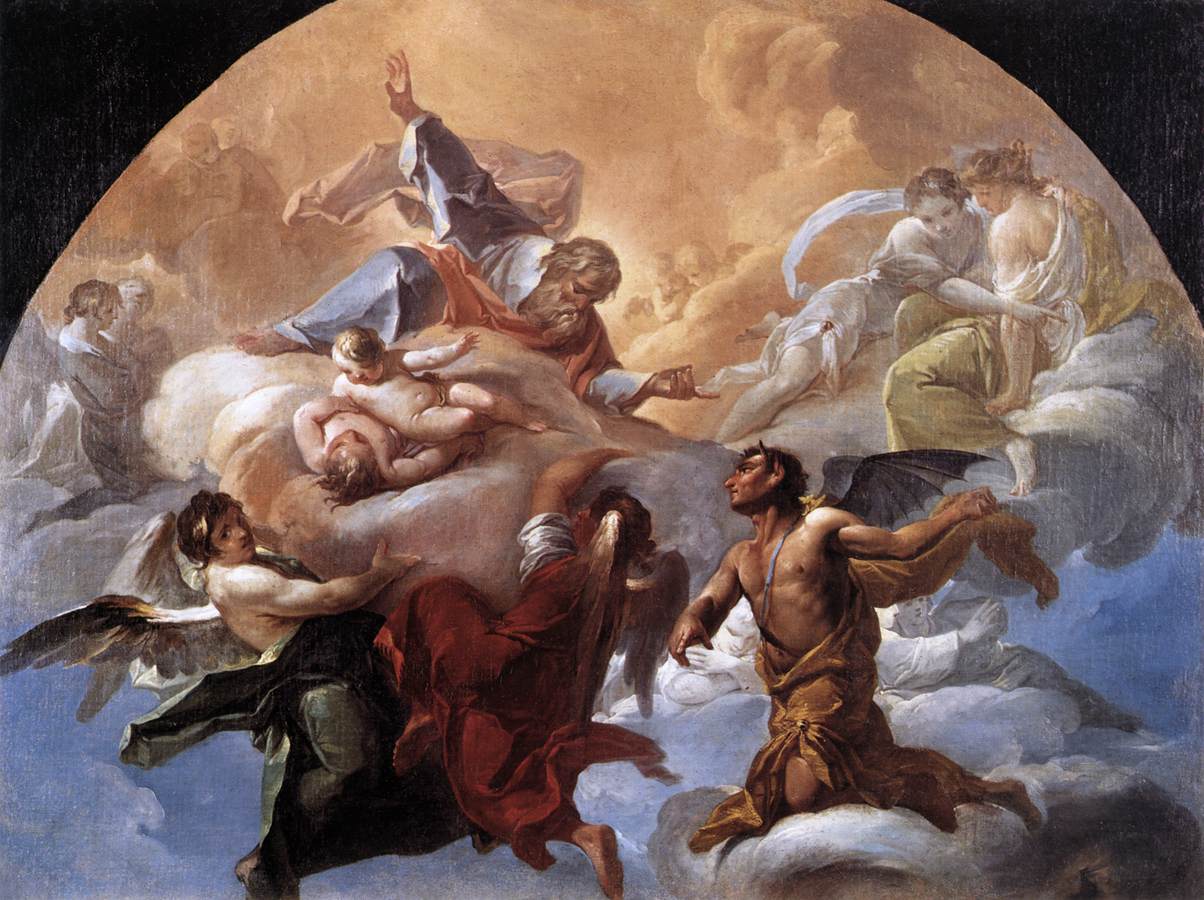 Heaven exists as a revealed truth from God, but so does hell. However, many people today find it practically impossible to accept the existence of hell. If God is truly all-loving and all-merciful, how could he ever permit hell, where people suffer excruciating pains for all eternity? If God were truly all-merciful, would he torture souls… without end? Would a loving God do this? By their reasoning, with this one fell swoop, hell has been eliminated and heaven is subsequently challenged.

Certainly, there are plenty of places in the Bible that describe hell. Jesus often described it as the unquenchable fiery furnace, outer darkness, or Gehenna (cf. Matthew 13:42; 25:30; Mark 9:43), specifically calling it “eternal punishment” (Matthew 25:46) and “eternal fire” (Matthew 25:41). The Book of Revelation portrays hell as a “second death” and a “pool of fire” prepared for those who are excluded from the book of life (cf. Revelation 20:6-15). St. Paul also describes the Christian belief of eternal destruction (cf. 2 Thessalonians 1:6-9).

But is hell possible? Even God’s justice would be put to the test, because, no matter how hideous the crime that one could commit, would it ever merit eternal punishment? Would eternal punishment be a just punishment for a temporal sin? At first sight it seems not.

Have you ever known two people who had loved each other, but for one reason or another they had a falling out, perhaps accompanied by some act of disloyalty or infidelity. They drifted apart and became indifferent to each other, and the two ended up hating each other? Perhaps they were a married couple whose relationship ended in a bitter divorce. Perhaps it was a boyfriend-girlfriend, mother-daughter, or father-son relationship. Perhaps it was a relationship between siblings, or just best friends. Whatever the case, the two who had formerly loved each other ended their relationship in severe hatred.

Now, what happens when two people hate each other? They just can’t stand being near the person they hate. If they happen to be invited to the same party—perhaps a wedding reception—the event itself may be the most enjoyable party from the perspective of food, drink, music, etc., with everyone, except these two, having a grand ol’time. When one sees the other, there are fireworks! He or she begins to recall old memories and old hurts, resentments start to rise up inside, and the hate starts to boil over until the person can’t stand it any longer—“I have to get out of here…” And the person leaves.

What happens when a person dies hating God? That person just wants to get as far away as possible from the God he hates. But where can you go to get away from God? God is everywhere! God is in the very depths of our being since we have been made in his image and likeness (Genesis 1:26-27; 5:3; 9:6): “Where can I go to flee your Spirit? Or where can I go to flee your presence? If I ascend to heaven, you are there! If I make my bed in Hell, you are there! … If I say, “Let only darkness cover me, and the light about me be night,” even the darkness is not dark to you, the night is bright as the day; for darkness is as light with you” (Psalm 139:7-13).

A soul who hates God wants to flee from God as far as possible. The last place that a soul wants to go is heaven, where he or she would see the God they hate face-to-face in marital intimacy for all eternity! No. Such a soul tries to flee from God, to get away from God. But where can you go since God is everywhere, even in hell?

So God, in his mercy, does not force us to be with him. He mercifully shields his presence from that soul, excludes that person from his presence and from the glory of his might (cf. 2 Thessalonians 1:9). St. John concludes that such a soul that dies hating God—the Light—would definitely try to flee from him:

“And this is the judgment, that the light has come into the world, and men loved darkness rather than light, because their deeds were evil. For every one who does evil hates the light, and does not come to the light, lest his deeds should be exposed. But he who does what is true comes to the light, that it may be clearly seen that his deeds have been wrought in God” (John 3:19-21).