The Assumption in the Bible 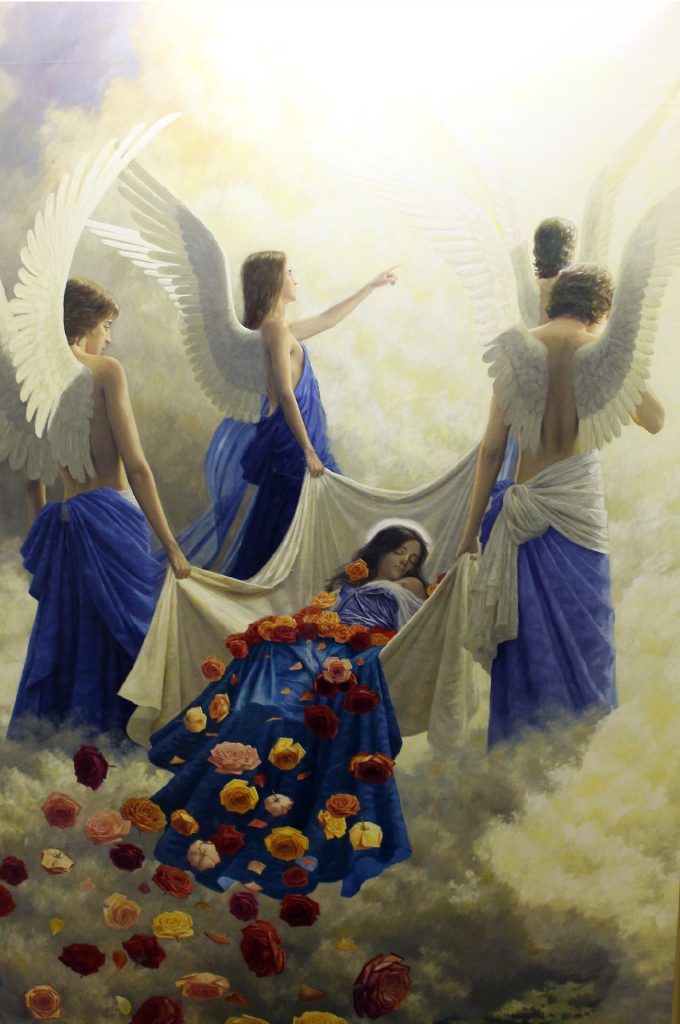 Today we celebrate Mary’s Assumption into heaven. Some are surprised that the doctrine of Mary’s bodily Assumption was not defined until 1950, using little biblical support. Pope Pius XII decreed that all Catholics must hold and believe as divinely revealed: “That the Immaculate Mother of God, the ever Virgin Mary, completing the course of her earthly life, was assumed body and soul into heavenly glory.” Yet even the evangelical protestant, Tim Perry, reminded us of the “doctrine’s ancient roots.”

The ancient Church found that Mary’s Assumption fit Scripture and that it was consistent with other Christian beliefs. Perhaps the Holy Spirit waited for the 20th-century to define this teaching to counteract the very materialistic and mechanistic view propagated by some in the name of science. Mary’s Assumption reaffirms the Christian hope in bodily resurrection—which science finds absurd—attesting to man having a spiritual dimension that endures unto eternity. As St. Paul writes

For the trumpet will sound, and the dead will be raised imperishable, and we shall be changed. For this perishable nature must put on the imperishable, and this mortal nature must put on immortality… then shall come to pass the saying that is written: “Death is swallowed up in victory.” “O death, where is thy victory? O death, where is thy sting?” (1 Corinthians 15:52-55 quoting Isaiah 25:8 and Hosea 13:14).

While the Bible says nothing about Mary’s Assumption, it also says nothing about her life after Pentecost or her death, just as it doesn’t say anything about St. Peter’s and St. Paul’s death. But protestant evangelical Scot McKnight notes that God has the power to assume a person into heaven and while…

We find nothing about Mary’s death or her assumption in the Bible, [does] that mean Mary wasn’t “assumed” into heaven? Obviously not. None of us believes that everything was recorded in the Bible, so we are left to examine the evidence and make up our own minds.

Examining the evidence, prefigured in the Old Testament, the Holy Spirit guided the early Christians to conclude that Mary—the mother of the Messiah, the Ark of the New Covenant (Revelation 11:19-12:5)—is a woman in heaven, clothed with the sun’s glory, crowned with twelve stars, and with the moon under her feet. This means she is certainly alive, body and soul, in heaven. As Pius XII says:

Hence the revered Mother of God, from all eternity joined in a hidden way with Jesus Christ… immaculate in her conception, a most perfect virgin in her divine motherhood, the noble associate of the divine Redeemer who has won a complete triumph over sin and its consequences… [was granted] that she should be preserved free from the corruption of the tomb.

Let us turn to our Mother with the confidence of her bodily presence alongside her Son; may Mary will tell him of our needs as she did those of the couple at the wedding feast of Cana.