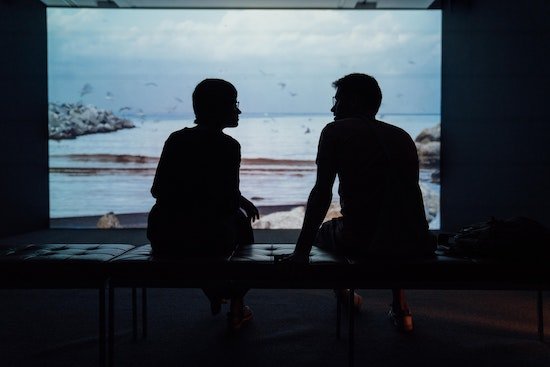 The greatest gift that parents can give their children—as mentioned two weeks ago—is their example of love that they give by loving each other. Of course, this is not always easy and doesn’t mean that conflict doesn’t arise from time to time in their marriage. What it does mean is that we need to handle that conflict in a loving manner.

St. Josemaría suggests a great rule: “Don’t argue in front of the children, because it forces children to take mom’s or dad’s side and it makes them suffer.” As children get their sense of identity and value (self-esteem) from being the “incarnation” of the love between mom and dad, seeing them argue causes great turmoil—it makes them feel torn apart from the inside.

Arguing in front of children puts them in the difficult situation of having to judge: mommy must be bad… or daddy must be bad… because the other parent is upset with their spouse. This causes them to lose respect for both mom and dad, thus causing them to lose self-respect. Arguing in front of children can cause particular harm if the child perceives that he or she provoked the argument. The child will often blame him/herself for the argument and for the division child sees in the persons s/he loves dearly and may begin a path of self-destructive behavior or escape.

So, “Don’t argue in front of the children” is wonderful advice for all parents, even after the children are grown. St. Josemaría goes on to tell couples:

“But, you may ask, Does this mean that we cannot ever argue? I’ll tell you: Of course you can, occasionally. If fact, it is good that you do. It is a manifestation of love. But do so infrequently and alone. Are you going to make a scene in front of your children, in front of your friends, in front of your neighbors or relatives, or in public? Are you going to punch each other? No! Speak in each other’s ear and at night… with calm and at night! Let’s see who of the two of you has the guts to say that he or she is right. The one that thinks he or she is right is most assuredly wrong, because neither of you is right! Ask for forgiveness… give each other a hug and remind each other when you did so for the first time… Love each other, because your affection pleases the Lord. You will then see that everything is OK” (in Parque Anhembi, São Paulo, 1974).

Arguments in a marriage show that you care for and love each other. They mean that each of you can do or say something that hurts the other—the angry reaction shows that you care about your marriage, about providing your children with a secure home based on the secure love between the two of you… the anger is directed toward what one interprets as something threatening to one’s marriage and home. So, an argument is the manifestation that you are defending your love and home.

Saving the arguments for the evening, when the two of you can spend some time alone, fosters effective communication. Try not to become defensive when your spouse is expressing their thoughts (not an easy task). A rule of thumb that I find always helpful is: presumption of goodwill. This means that you presume that your husband/wife had goodwill when he/she said or did what you found offensive: perhaps s/he was just manifesting tiredness, frustration with a situation, or some internal angst… perhaps s/he did this thing trying to achieve some good for the family without thinking how it might hurt you.

Being open to listening to one’s spouse explanations will help you grow in love, as you reassure each other of your deep affection and goodwill. You will communicate more effectively because you don’t defensively protect yourself, but seek to understand what was really in the mind and heart of your spouse… of your love.

Photo by Etienne Boulanger on Unsplash